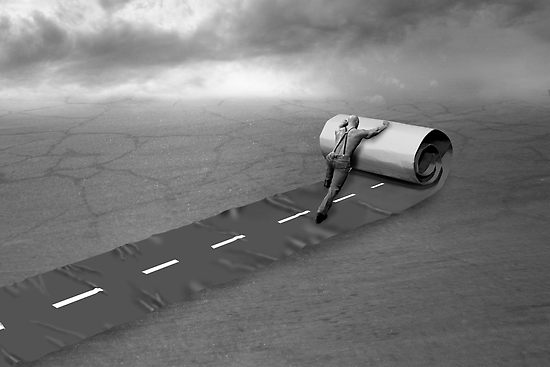 Looking for a great place to go to school for the next four years?  Go where everyone else isn’t.

Every town has some night spot where it’s hopping. Restaurants with ridiculously long lines to get in. The food may be GREAT, but you don’t want to wait two hours to eat it.  You recall that there’s this really great place, off the Ave., that has amazing food, and no wait. So you go there, and have a much better time than struggling with the crowds, noise, chaos.

The same is true of colleges.

When you have a ton of students, all applying to the obvious candidates, the Harvards and Browns, the Stanfords and Cornells, it should not be a surprise that acceptance rates, out of the total applicant pool, crashed to record lows.

There are couple of hundred colleges that are “hidden gems,” though.  GREAT places to get an education, that are a little “off the Ave,” that are especially welcoming if you’re not from around those parts.

You say: There are over 1,500 accredited schools outside of the McColleges that I know and trust. So how do I know these are good places to spend four years of my life?

You should always research the professors and curriculum, what they offer, no matter what school, but we look at both the graduation rates after four years, and the transfer out rates. High retention usually means happy students. We use a cut-off of about 72% because not every school is for everyone, and transfer rates can reach 20% in some schools over four years. Watch the drop-out rates, though, by asking your long-list schools for that number.  Many schools, especially state schools, pick up students from community colleges who are there two years. Over 10-12% of four-year students dropping out says a lot that isn’t good.

Any school with a high four-year graduation rate has its act together. A lot of “name” schools fail that test these days.

USING GEOGRAPHY DIVERSITY TO YOUR ADVANTAGE

We’ve talked about cohorts, those things about students, beyond their grades and standardized test scores, that help a college fill out their “city” with the diverse people that it needs. They are one of the top reasons, right up there with your grades, and your test scores, that most colleges will want you.

One cohort is geographic diversity. Two kids. Same everything EXCEPT, one lives in another state, or country. If the school gets fewer students from a state or region in the world who is equally qualified to the locals, they often will take the student from farther away.

If you’re NOT from, say Indiana, a student from Florida, or Southern California can take advantage of Rose-Hulman’s US News ranking as a #1 best engineering schools.  Terre Haute may not seem as sexy at Boston and MIT, but the lower applicant pool opens the door to an equivalent undergraduate education to an MIT, Mudd, or Caltech, with a much higher likelihood of being accepted.

Being the “bigger fish in a smaller pond”  makes you desirable. That, along with the skills that you have as an artist, can often parlay into larger scholarship offers, and, at schools that offer merit scholarship, more money for those who are highly academically qualified to attend those “name” schools elsewhere.  Regional powerhouse schools know that they have to work a bit harder to draw students from outside of their area.

College searches turn into big cattle calls. Students and families, other than ours, do precious little research into the great schools beyond a quick look at a college ranking list.

The pool of students at these schools is both smaller, and usually more focused to the guidelines of the college.  Someone with a 3.0 may take a flyer at Harvard, but usually, to pick a school in less ‘destination’ cities that aren’t local, the student has done some homework about the school.

BETTER PATHWAYS TO THOSE NAMEPLATE SCHOOLS FOR GRAD

Money spent on nameplate schools for graduate work is usually better spent, with the exception of a handful of schools, like Yale, Dartmouth, Princeton, and Brown, LATER. Many of the road-less-traveled schools offer you better pathways to graduate work at those nameplates because they offer capstone programs, lower costs of attendance, lower living costs, and, often, better financial aid.  Worth reading up on what those are, and why they’re SUPER valuable to you.

So where can you go to school?

Academically, none of these schools are a cakewalk. Some are better fits than others for particular students in special cohorts.

CalTech, easily as tough, if not tougher, to get into as MIT, but a bit less well known in the Midwest and East, best known for being connected to Jet Propulsion Laboratories (JPL), and being one of the leading schools in geological research, especially earthquakes, but the breadth of their disciplines, and the quality of the academics who teach there, are internationally recognizable. Their Summer Undergraduate Research Fellowships (SURF) means students do real, meaningful research every summer with major academics. This is a school that sophomores are best to start researching early, get to know, and try to make sure that they do a lot of the desirable things that CalTech likes that are a bit different.

Case Western Reserve, a capstone school offers more meaningful undergraduate research opportunities more often than many of the top colleges and universities in the world.  Its relationship with Cleveland Clinic, NASA Glenn Research Center, and dozens of other amazing, cutting-edge companies and schools around the glob offer huge opportunities, including Co-Op semester placements with major companies in all fields, and the opportunity to earn a 5th year masters degree.

Rose-Hulman offers one of the best faculties in the nation for general mechanical engineering and great pathways to the best graduate schools in the nation. Students can also try on the school for size by attending Operation Catapult in the summer between their junior and senior years in high school.

Olin College of Engineering may be tiny, but it is the place where other major schools are going to learn how to teach the next generation of STEM education. You’re 20 years ahead of the curve, not behind it.

The Mini-Ivies are schools so amazingly, life-changingly good that graduate schools actually covet their students like diamonds. These schools distinguish themselves in one other way. They all have high numbers of students who go on to get a higher degree, a majority with Ph.Ds, M.D.s, J.D.s, etc.

With student populations from 1,700 to 2,500, most give you a LOT of one-on-one time with your professors, small lecture hall and class sizes, encourage research, and have capstone programs that help you produce work that makes it much easier to attract a great graduate school, which most students will need in a world where automation is eliminating high-paying jobs in all fields, including law and medicine.

Usually undergrad-only, with killer “Mafia,” alumni and professors that have your back for a lifetime, they are often more worthwhile than larger Ivy schools like Harvard or Penn for undergrad.

Okay, if you’re male, you can scroll past, BUT, if you’re a woman, you really do not want to discount these schools.

Like Barnard? Scripps, in Pomona, California is Barnard on steroids: Smaller, with an outstanding faculty that may never see you leave its classrooms, like Barnard, with Columbia next door, Scripps is part of a five college consortium that all share the same physical space: Pomona College (Top Mini Ivy), Mudd College (Top Small Stem), Pitzer College, and Claremont-McKenna. All in walking distance. All where you can eat, go to guest lectures, party, take courses, and also NETWORK. You get a life-changing school AND five top “Mafia” for the price of one!

Smith and Mount Holyoke are both part of the Amherst College consortium. Amazing schools on their own,  Smith is great for students who feel the need for a bit more structure in their education, while Mount Holyoke caters well to the outside-the-box thinkers who like a bit more latitude in their choices. If you are looking to also have some coeducational experience as well,  at UMass Amherst, Amherst College, or experimental school, Hampshire College. The social life of a 20,000 school exists in the Pioneer Valley, with great restaurants and fun places to hang out in Northhampton, Amherst, and elsewhere.

Is there a large lesbian population at these schools? Yes. Does it impact you negatively if you don’t identify that way? No. In a world where women still do not enjoy universal equal pay and equal status in the workplace, women’s colleges of this calibre still serve their students very well.

Shangri-La may be a mythical valley of earthly paradise, but, in the real world, these eighteen amazing schools are equally well hidden academic and social paradise.

Claremont-McKenna and Pitzer, in Pomona, would both be great academic schools if they were located in Outer Mongolia or Borneo.  Pitzer is both SAT/ACT test optional and a capstone school,  They’re both part of the Pomona College consortium, where you can take a few of your classes at any of the other schools. Geographically, they’re 15 minutes from Pasadena, about 20-30 from downtown Los Angeles. That offers big city opportunity to intern and work in a small town-feel kind of school setting.

Whitman, in beautiful Walla-Walla, Washington, is a sleeper mini-ivy, with amazing faculty, and great curriculum for students in both STEM and humanities tracks.

Soka is small, 21st century built and bred, and puts emphasis on the liberal in their liberal arts education.

Augustana is in Sioux Falls, South Dakota. Students from Southern and Western States looking for a great education and a positive college experience could also find that they’re highly attractive to a school that is generally much more local/regional draw.

Grinnell, Rollins and Washington & Lee are both powerhouse schools that are often, sadly overlooked outside of their home markets.

Want something a bit bigger, without losing the value of professor-mentoring, and maintaining your alumni “mafia?” Consider the medium-sized masterpieces, from 2500 to under 10,0000 students.

Interested in Film/TV, Theatre or Acting? Loyola-Marymount in Los Angeles is a great sleeper school.

Politics or journalism? Quinnipiac, famed for its presidential polls, has a terrific department.

Rollins has been successful at taking above-average students to new heights. They boast a large collection of 3.0-range high school students who turned into Fulbright Scholars.

Students at Pepperdine perform amazingly well considering that their school directly overlooks one of the best surfing beaches in California.  Like your college rah-rah sports? Gonzaga and Wake Forest are both basketball powerhouses.

Skidmore, Marist, and University of Denver all provide great faculty and school experiences at a slightly larger size, and like diversity, AND, may be able to utilize your art skills, if you’re not majoring.

A few schools that do big well also find themselves in interesting places.

University of California (UC) schools have all been expanding like crazy over the last few years, but U.C. Santa Cruz, located on some of the most beautiful coastline in California, draws a few tactical advantages from its location. The environment is attractive to professors, including many from the Northeast a bit tired of the cold and snow. It’s about 30-40 minutes to the Silicon Valley, so huge internship opportunities abound without living in congested San Jose.  Students who live in California off-campus and hold a job for 366 days can file for residency, which lowers tuition cost greatly.

Loyola University of Chicago sits in a living lab of music and the arts, and also one of America’s greatest business hubs, with huge opportunities for those who are interested in Architecture, civil, or mechanical engineering.